Some of the paintings in this section were made between 1983 and 1986, during the period when I lived in a squat, 43, Crowndale Road, London NW1, with my sister Christine Binnie and other artists including Cerith Wyn Evans, Grayson Perry and the singer Maralyn. I shared a studio in the squat with my boyfriend of the time, Grayson Perry. He had a table in the corner of the room where he would make intricate sculptures such as the chicken footed ‘Babayagas Hut’ out of pieces of wood, stones, trinkets, anything that could be found or bought cheaply from a charity shop. I would tack large pieces of canvas on to the walls and create large, colourful oil paintings depicting characters and scenes from an imaginary land, ‘Lyonesse’ which was a combination of Grayson’s childhood fantasy, myth and my own vision of a 20th Century golden age where people and animals lived in equality and peace.

In 1884 I met James Birch who offered me a show in his Fulham Road gallery. The show was a tremendous success and nearly all of the paintings sold. By this time, the Neo-naturists,   www.neonaturists.org.uk   were in full flow and Christine, Wilma Johnson and I wore selotape dresses, glass stiletos and beehive hair dos to the opening!

Shortly after this, Grayson had his first exhibtion at James Birch fine art. He showed decorated pottery plates which he had made at an evening class with my sister. The plates were inspired by Sussex slipware, one of Christine’s favourite techniques.

For the next 2 years, Grayson and I continued to successfully exhibit our work and perform with the Neo Naturists, fully experiencing everything that the 80’s London art scene had to offer! In 1986 I left London and Grayson to live in the downland village of Jevington, East sussex where I continued with my work as an artist alongside raising my son and pursuing the rural idyll! 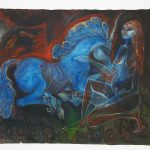 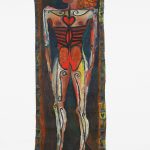 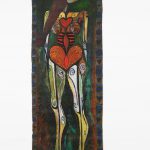 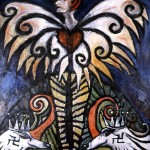 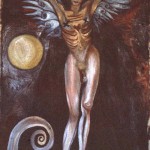 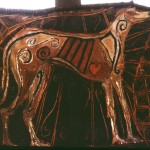 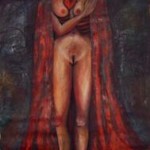 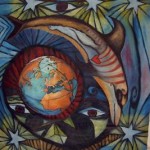 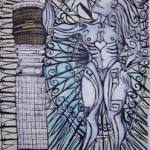 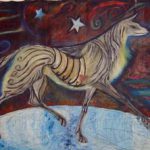 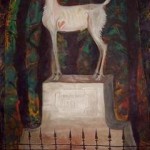 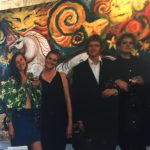 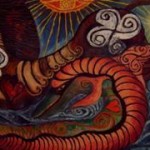 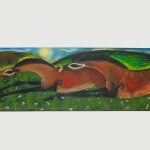 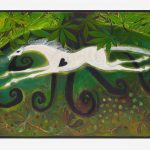 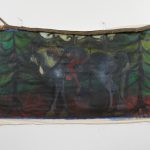 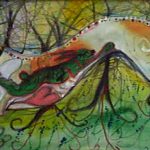 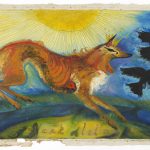 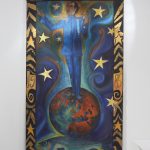