They are made using standard 8 film and a very old camera which Grayson had bought in a junk shop. This was very much vintage equipment even at that time when most art students were into using video but we had met artists like John Mabury and Cerith Wyn Evans who used super 8 as a film medium. I liked standard 8 most because of the strange unpredictable luminous colours you can get with it and also because you can put the film through the camera more than once, superimposing layered images.

Both ‘Autumn in Folkington’ and ‘Forest Film’ were influenced by Bruce Lacey and Jill Bruce who came to Portsmouth Polytechnic as visiting lecturers while Grayson and I were there. They performed a ritual on a small patch of muddy grass outside the mainly concrete art building. They needed to have their feet on the earth and that was the only bit available. They made fire out of the sun which impressed me and I realised that doing a ritualistic activity like that counted as art. Bruce and Jill were like hippies, which wasn’t a very cool way to be in the early 1980s but it seemed to me that there was something about them that went beyond cool, they had a genuine quality, like they really believed in what they were doing and it was entertaining and slightly clownish but earnest at the same time. 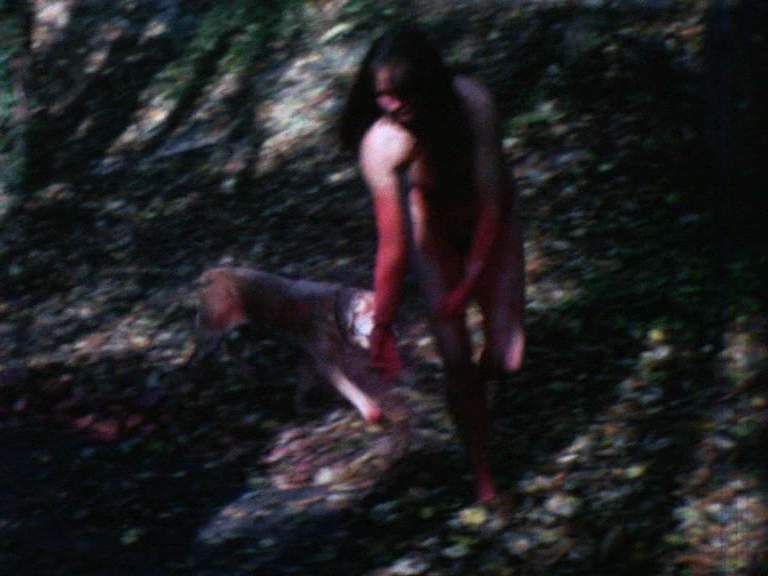 After Bruce and Jill’s visit I started doing ritualistic performances which were to do with animals and nature, death and rebirth. I made props out of natural materials often painted and I always did the performances outside, sometimes in the woods, sometimes on the concrete outside the art building. ‘Autumn in Folkington’ and ‘Forest Film’ were a continuation of those ideas. 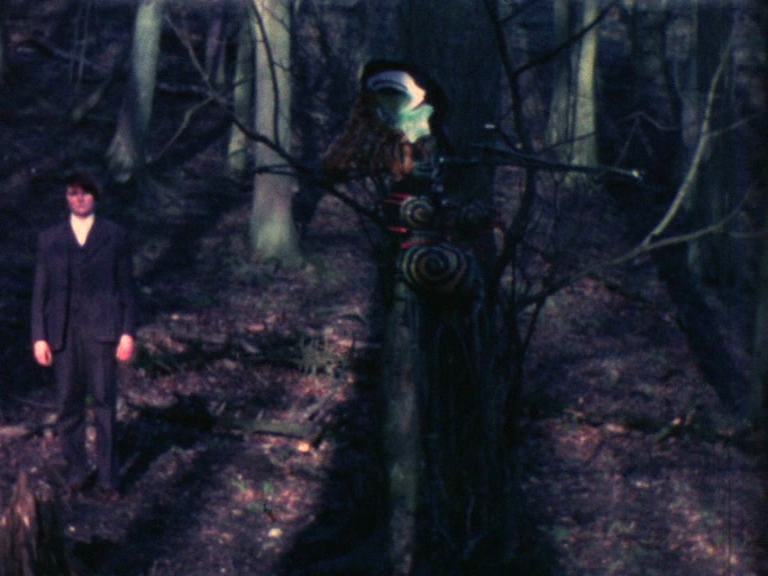 This film was made in 1984 or1985 when Grayson and I lived in the squat in Mornington Crescent. Grayson was very much into dressing up as a woman and wearing unpleasant clothes from charity shops even when he was being a man. These clothes were usually made of nylon or crimplene and would get smelly and sweaty because we did a lot of dancing in nightclubs and we didn’t do much washing. Often when he dressed as a woman Grayson looked grotesque but I wanted to make a film that captured his beauty. When I look at this film now, nearly 30 years on I’m glad I made it because I think I achieved what I set out to do. 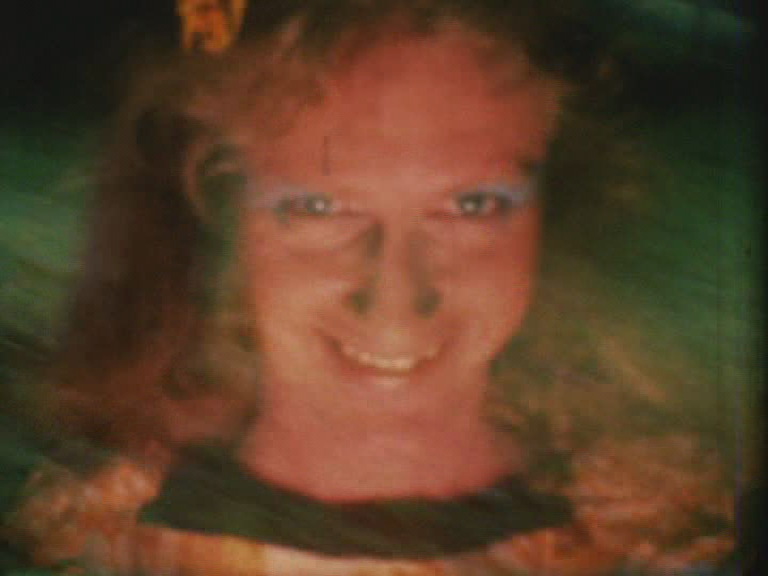 Later, when Christine and Wilma and I started doing cabarets and performances together as ‘The Neo-naturists’, we sometimes made films, again in super 8 or standard 8. Sometimes we would ask a friend to film our performances but they hardly ever came out – usually there was just a lot of black with some flashes of colour because the light wasn’t right. Later, we devised a film called, ‘The Neo naturist epic’ which was inspired by Elaine Morgan’s book The Ascent of Woman, we filmed on the Thames beach at Wapping and then at Birling Gap in East Sussex – the film was never finished.